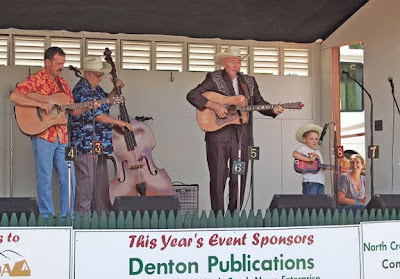 In those brief moments during the holidays when we have time to take a deep breath, memories of the past 12 months flash before our eyes like a newsreel with a twitch. Snippets come and go, sights, sounds, smells, a warm summer breeze, the bite of winter, the taste of a favorite meal.

Yes, we did. 2012 was a productive year for me, although I wish I could have done more. I think back on my list of goals for the year, and I fell short as usual. But there were small victories.

I wrote more, including one book; I was supposed to write two, but the one I finished wasn't even on my Jan. 1 list. I'm still working on the others. But I got paid for most of my writing, which is a plus considering that's what I want to do.

I lost weight, not the 200 pounds I had planned but a modest and respectable 35 pounds for the year. I hope to do better in 2013.

I took a lot more photos than in 2011, but I'd still like to take more. This wasn't on my list, but photography gives me great pleasure, and I had hoped to be more happy in 2012. I'm pretty sure I succeeded, and the photographs help transport me back to all the places I visited and things I did in 2012.

Below is a short list of my favorite 2012 assignments writing for the North Creek News Enterprise. Spending time in North Creek wasn't even on my radar on Jan. 1, but becoming the editor there was one of my biggest highlights in 2012. It's a great little Adirondack town with warm, hard working people. I highly recommend you visit.

Posted by Andy Flynn at 9:38:00 AM No comments:
Email ThisBlogThis!Share to TwitterShare to FacebookShare to Pinterest
Newer Posts Older Posts Home
Subscribe to: Posts (Atom)