More historical mysteries of the Adirondacks 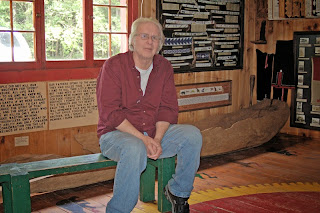 Then again, nobody really knows for certain.

The best guess, using carbon-14 dating sent to a laboratory this summer, is that the canoe - found submerged in Lake Placid lake in the early 1960s - dates to between the mid-1600s and the late 1800s. Using Native American history in New York state, this gives the more likely timeline between 1669 and 1780.


Posted by Andy Flynn at 11:01:00 AM No comments:
Email ThisBlogThis!Share to TwitterShare to FacebookShare to Pinterest
Newer Posts Older Posts Home
Subscribe to: Posts (Atom)