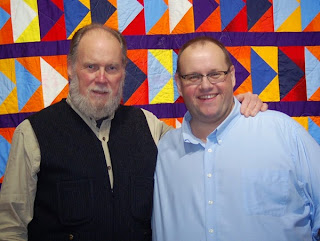 Folk singer/songwriter Dan Berggren and I are ready to take our Adirondack Attic Musical History Tour to the GE Theatre, Proctors, 432 State St., Schenectady, on Friday, May 22. The show starts at 7:30 p.m.

This performance is a benefit for the New York Folklore Society. To say that we're excited about this program is an understatement. A Minerva native, Dan has been collecting stories, writing songs and performing for more than 40 years. A Tupper Lake native, I've been collecting and writing stories about Adirondack history for more than 20 years, much of it with local media outlets such as North Country Public Radio, the Adirondack Daily Enterprise and the Lake Placid News.

Together, we'll share the best of both worlds, literature and music, from New York state's 6-million-acre Adirondack Park. I'll read stories about artifacts from the Adirondack Museum, as published in six volumes of "Adirondack Attic" books, and Dan will perform songs related to those objects. 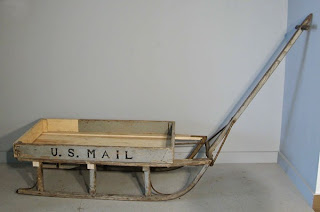 For example, I'll read a story about a mail sled used in Hamilton County, and Dan sings the song, "When Harry Carried the Mail."

I'm looking forward to seeing you at the GE Theatre on May 22. Tickets are $20. ORDER tickets today.
Posted by Andy Flynn at 10:28:00 AM
Email ThisBlogThis!Share to TwitterShare to FacebookShare to Pinterest